It’s not always black and white: a six figure settlement for claimant with subtle brain injury

‘On the day of the accident, I went to the pub after work with some friends, I could not have predicted that “chilled” evening would have changed everything’

The extent of an injury is not always obvious from the outset. A broken bone is relatively easy to diagnose, but the effects of a head injury can take much longer to show up. Symptoms can appear or worsen many months later, and a claimant might think they cannot seek legal advice because they have been told by a doctor that there is nothing wrong with them.

‘With neurology, it is sometimes difficult to join all the dots, as there is no right or wrong answer’ says Personal Injury solicitor Navdip Gill.

In a recent case, we helped Ms M who had been a passenger in her friend’s car on the way home from the pub one Friday evening in 2017. The car crashed into a wall and landed in a ditch, leaving Ms M trapped between the airbag and the windscreen. She sustained a head, back and ankle injury.

Ms M had no recollection of the accident but attended A&E the following morning because she was suffering from headaches and back pain. Various tests and a CT scan showed some minor irregularities but ruled out a brain injury. Her back pain was put down to a previous spinal injury from her time as a gymnast. She was discharged from hospital following 24 hours of observation.

But more than a year after the accident took place, Ms M’s symptoms were still present and were drastically affecting her day to day life. She had persistent headaches and migraines and suffered from memory loss, concentration problems, blackouts and fainting episodes. She was regularly in and out of hospital attending appointments.

Both her professional and personal life were being adversely affected. Plagued with headaches and having difficulty concentrating, Ms M struggled to perform in her job at a digital marketing agency. Having to stare at a computer screen all day was too strenuous, and, due to her ongoing back pain, she found sitting down on an office chair all day unbearable. Ms M became worried that she would not be able to hold down her job. She was even more concerned that her impairments would stop her being able to find a new role in the future.

Previously active and sociable, she had become reclusive and did not want to socialise in big groups. She would forget conversations she had had with family and friends – something she found concerning and embarrassing. She also felt nervous driving.

Something had to change; and it was at this point that Ms M decided to contact Geoffrey Leaver Solicitors and seek legal advice:

‘Before speaking with Navdip Gill, I had been extremely frustrated, always feeling a certain way, and with no real support or answers to the issues at hand. Navdip was incredible from the get-go and extremely understanding. He took every last detail very seriously and worked tirelessly to ensure I got what I deserved. I felt supported throughout the entire journey and was contacted regularly by the team to update me where necessary’.

Navdip Gill and his team instructed leading medical experts to investigate whether Ms M’s life-changing symptoms were caused by the head injury she had sustained in the road accident.

‘The best experts have a 12-24 month waiting list, and we want to use the best. So, a serious injury case can take up to two years to complete. These experts are the ones who’ve written the books’, explains Navdip.

The reports concluded that she had suffered a mild traumatic brain injury, but it was not clear cut whether this was causing her symptoms. But Navdip and his team were determined to prove the link between the two.

‘We had the time and resources to go to Imperial College to get a detailed scan of the claimant’s brain and we managed to persuade the judge that from a psychiatric point of view, there was a moderate brain injury’.

According to the medical experts, the accident had also caused Ms M’s existing spinal injury to accelerate by as much as 5-10 years.

Ms M received a six-figure settlement, which included compensation for pain and suffering, future disadvantage in the labour market and future treatment.

People who have injuries which might have been dismissed by medical professionals, but which are still causing them pain should be encouraged to get in touch with us.

While scans and tests can go a long way in investigating an injury, a diagnosis is not always black and white and there is a lot more to take into consideration when a person’s day-to-day life is being affected. Geoffrey Leaver solicitors offer a bespoke service and will take as long as is necessary to research and investigate every last detail of your case to get you the best possible outcome.

For Ms M, the results of seeking legal advice have been life changing:

‘Since the case has settled, I feel like a massive weight has been lifted from my shoulders. Over the past few years I have been able to speak to the best medical professionals in the UK who have helped me to understand and resolve some of my issues. If you find yourself to be as unfortunate as I was in an incident, I would recommend Navdip to every single person I know.’

You can read more information about our specialist personal injury services, and request a call back. 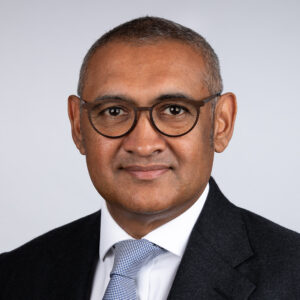 Categories: Case Studies Personal Injury
Previous Next
Back
We use cookies on our website to give you the most relevant experience by remembering your preferences and repeat visits. By clicking “Accept All”, you consent to the use of ALL the cookies. However, you may visit "Cookie Settings" to provide a controlled consent.
Cookie Settings Reject All Accept All
Manage consent