We are sad to announce that Mr Geoffrey Leaver died on Tuesday 9 March after a short illness. Our thoughts are with his wife Ann and family at this difficult time.

Mr Leaver was one of Milton Keynes’ founding fathers. In 1965, he left his home in Lancashire, put his brass plate up on the High Street in Fenny Stratford to announce his arrival in the area, moving shortly after to The Queensway in Bletchley. Embracing the “can do” attitude of the early settlers in Milton Keynes he worked all available hours to make the firm a success. It was very much a family effort with his wife, Ann, acting as receptionist with their daughter Helen in a pram at the back of the office.

Geoffrey’s philosophy was to work hard and to look after his clients and he quickly found that approach reaped rewards as his business grew rapidly. With Milton Keynes becoming a designated new town in January 1967, the firm benefited from instructions from the Milton Keynes Development Corporation. Under Geoffrey’s leadership the firm continued to grow and in 1990 moved to its current location in Bouverie Square, just off Silbury Boulevard.

Geoffrey retired from the firm in 1992. In addition to his business life Geoffrey was a major contributor to the Milton Keynes community. He was one of the first trustees at Willen Hospice and his contribution to the city was recognised at the 2017 Milton Keynes Business Achievement Awards, when he was acknowledged as a pioneer of Milton Keynes as part of the 50th birthday celebrations.

He will be sadly missed. 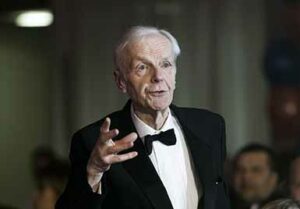 Categories: Our News
Previous Next
Back
We use cookies on our website to give you the most relevant experience by remembering your preferences and repeat visits. By clicking “Accept All”, you consent to the use of ALL the cookies. However, you may visit "Cookie Settings" to provide a controlled consent.
Cookie Settings Reject All Accept All
Manage consent