Most of the time, when an accident occurs, it becomes clear fairly quickly who is to blame and who should therefore be responsible for paying compensation for any injuries that have been sustained. However, there are cases where the issue of fault is less clear-cut and where an accident victim will have to fight hard to get the payout that they deserve. In this situation, you will need a lawyer by your side who is experienced in dealing with contested claims and who has the grit and determination to fight your corner and be successful, no matter what is thrown at them.

As personal injury lawyers who specialise in dealing with complex and challenging personal injury claims, we are regularly asked to help people who have been accused of causing an accident in which they have been hurt, and who therefore require expert advice and support to disprove this allegation.

One such case, dealt with by Herma Hirst in our Personal Injury team, has recently been settled under the terms of a deal which will secure our client £50,000. It is a case that we are particularly proud to have resolved, given the many obstacles that we faced and the insistence of our opponent that they had no liability whatsoever to pay our client the compensation that we were claiming.

Facts of the case

Our client is a middle-aged disabled gentleman. He was injured a few years ago when he was hit by a car while trying to cross a busy main road. The injuries he sustained then were serious and included a fractured hip and a suspected mild brain injury, which doctors believe had led to the onset of psychological symptoms consistent with post-traumatic stress disorder.

At the time of the accident, our client had just stepped off a pedestrian island which was situated in the middle of the road, and which had been specifically designed for use by pedestrians and cyclists in order to enable them to safely move from one side of the carriageway to the other.

The issue of ‘fault’

Having listened to our client’s version of the events, and having visited the pedestrian island ourselves to look at the layout of the road, we were satisfied that the driver of the car should have been able to see our client as they stepped into the road. They would also have had time to apply their brakes in order to avoid a collision occurring, had they been driving with due care and attention. That said, we also recognised that it might be possible that our client had misjudged the flow of the traffic and not taken into account that it would take him longer than most people to make the crossing given the slowness with which he walked due to their disability.

The driver and their insurance company saw things very differently. They maintained that the accident was entirely our client’s fault and that they should not have to shoulder any of the blame.

Our attempts to settle

As with all personal injury claims, we did our utmost to settle the client’s case without the need to go to a full trial at court. We implored the driver’s insurer on multiple occasions to work with us to try to agree a fair and mutually acceptable compromise, but they flatly refused to pay our client anything.

In fact, they were so adamant that our case against the driver was without any foundation that they repeatedly asked us to withdraw the claim. This put our client under immense pressure to simply walk away, but such was the strength of our belief that he was entitled to compensation for his injuries that we worked hard to encourage him not to give up and to keep pushing for what he was owed.

The obstacles we faced

There were many challenges associated with this case, aside from the dispute about whether or not the driver should shoulder any of the blame for the accident. These challenges included:

Dealing with these challenges, and finding a way to overcome them, required real skill and expertise and total commitment to seeing the case through no matter how difficult things became.

The issue of liability

Having been unable to persuade the driver and their insurer to change their stance on the issue of liability, we were forced to take the matter to court. In doing so, we were able to secure an order from the court which concluded that responsibility for the accident should be shared equally between the driver and our client, resulting in our client being awarded compensation of just over £50,000.

This was a fantastic result, given that the driver and their insurer had denied liability throughout the case and consistently refused to even entertain the possibility of making a payout to our client.

To find out more about how our personal injury team may be able to help you claim compensation following an accident that was not your fault, please contact Herma on 01908 689375 or via email at hhirst@geoffreyleaver.com to arrange a free and no obligation initial consultation. 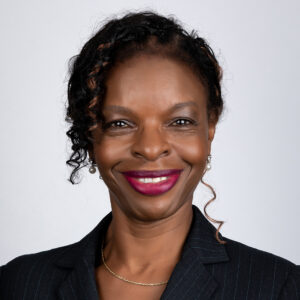