Breach of the duty of good faith: options for directors

‘With great power comes great responsibility.’ This is an old adage that some say dates back to the first century BC, and which is as relevant today as it was at the time it was first conceived.

It is particularly relevant in the context of companies, where a director is given authority and control in respect of a company’s affairs, but where there are corresponding duties designed to ensure that these powers are exercised in a sound way.

Notably, as Guy Brooks, Commercial Dispute Resolution lawyer explains, ‘As a director, you will be under the overriding duty set out in the Companies Act to act in a way that you consider, in good faith, would be most likely to promote the success of the company for the benefit of its members as a whole.’

If you breach this duty, the consequences can be serious and may expose you to the risk of personal sanctions, even where the company you serve is a private limited entity.

For this reason, if you find yourself accused of having failed to act in good faith in respect of a company’s affairs then it is vital that you seek urgent legal advice.

Promoting the success of the company

To determine whether you have acted in a way that you considered, in good faith, was most likely to promote the success of the company for the benefit of its members as a whole, you may need to justify your actions. As a minimum, you must be able to show (ideally through documentary evidence) that in making any decisions or authorising any actions, you had regard to:

Depending on the circumstances, you may also need to show that you had regard to other relevant factors – like the need to ensure continued compliance with any regulatory or licensing requirements.

Consequences of a breach

Where you are shown to have failed to comply with your duty of good faith, you run the risk of being held to account. This may be through action taken by the company itself, its shareholders (if a court gives permission), or an administrator or liquidator where the company has run into financial difficulties which mean it is now insolvent.

You could also find yourself in trouble where employees decide to make a claim against the company, and try to drag you personally into the battle. This is what happened in the recent case of Antuzis & Ors v D J Houghton Ltd (2019), instigated by a group of workers who had been woefully underpaid by the company they worked for. The sole director and secretary of the company were held personally liable for this, given their failure to act in good faith towards the company by deliberately inducing it to behave in a way that they knew was unlawful.

Among the many penalties you may face, you could find yourself subject to:

Likelihood of action being taken

In our experience, you are most at risk of being pursued for a breach of duty where the company of which you are or were a director has collapsed into insolvency. This is because administrators and liquidators are obliged to try to maximise the amount of money that can be paid back to creditors, and if there is a reasonable chance that they can secure any funds from you from alleged wrongdoing then they will usually try to do this.

It must also be remembered that, from the point at which you realised that the company was no longer able to pay its debts, your obligation of good faith will have switched from trying to promote the success of the company to acting in the best interests of the company’s creditors.

Claims brought by the company or shareholders are less common, but not unheard of, and in many cases they can be negotiated away, i.e. by getting the company to agree to retrospectively approve what you have done or by allowing you to make a voluntary amends.

In some cases, a claim may also be covered by directors’ and officers’ insurance.

Whether or not you have grounds to defend a claim that you have breached your duty of good faith will depend on the circumstances. However, there are a range of defences that may be available. It might also be possible for you to seek to have a potential wrongdoing, that may have occurred inadvertently, excused by the court where you can show that you acted honestly and reasonably in all of the circumstances.

Where you stand accused of breaching your duty of good faith, we can look at the decisions or actions you have taken and provide you with an objective option as to whether it appears that a breach may have occurred. We will do this by considering the circumstances in which decisions were taken, or actions were authorised, and with regard to the non-exhaustive list of statutory factors that you should have had regard to when acting in your capacity as a director.

Where we consider that you have acted in good faith, we can help you to mount a defence to the allegations you are facing and make robust representations on your behalf as to why it would be inappropriate and ill-conceived for the claim of a breach to be pursued any further.

Conversely, where we consider that it is at least arguable that you have not acted in good faith as required, we can help you to understand the reasons for this and the steps that can be taken to try to ensure the consequences of this are at the lower end of the sanctions scale.

We are particularly experienced in helping to defend claims being made by administrators and liquidators, and by the new directors of a company of which you were a previous director.

To find out more, or to make an appointment to speak to one of our expert advisors, please contact Guy Brooks on 01908 689304 or via email at gbrooks@geoffreyleaver.com. 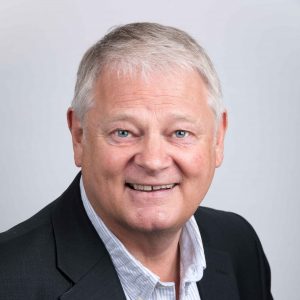