Getting compensation for a road traffic accident can be more difficult when the person at fault either does not have insurance or cannot be traced. Personal injury partner Sam Seaford highlights a case where perseverance was key to getting the right result for his client.

Ms G, a 39-year-old nurse, was driving down a country road in the south west of England. In the car were her partner, six-year-old daughter and two cousins, when the family was on the way home from visiting friends. As Ms G was rounding a slight bend in the road, a car driving at 60 miles per hour in the opposite direction veered into her lane and caused a head-on collision.

The cars had collided at a high speed and everyone in Ms G’s car suffered injuries to varying degrees. But, as the driver, it was Ms G who was the most seriously injured. Her left leg was broken in multiple places, and she suffered fractures to her right shoulder, left wrist and neck. An ambulance took her to a nearby hospital where she was admitted to the intensive care unit.

Ms G stayed in intensive care for 21 days. She underwent several surgeries on her leg and received a combination of other treatments for her other injuries.

Whilst some of Ms G’s injuries healed over time, problems with her leg persisted. Ms G had pain, stiffness, and a loss of function in her leg, to the extent that she was disabled. She needed a Motability vehicle and the family home had to be adapted.

Ms G was deemed fit to work but only in a sedentary job. It was therefore impossible for her to continue in her job as an auxiliary nurse.

What made this case more complicated was that the driver of the other car was uninsured, already serving a driving ban, and driving under the influence of alcohol.

The driver also denied that he was the one driving the car at the time of the accident. As a result, the police and the Motor Insurers’ Bureau (the company which helps victims of road traffic accidents caused by uninsured or untraced drivers) had to undertake an investigation, a process which caused months of delay to the case.

Ms G had to wait until the criminal trial had come to a conclusion before she could get compensation which was needed urgently for rehabilitative treatment for her leg.

The driver continued to deny his involvement in the accident, which delayed Ms G’s treatment even further. Although Ms G started to get frustrated, Sam and his team persevered.

‘With these complex cases, it is about tenacity and persistence. Once we have identified that we are in the right, we hold our ground and we do not concede. We say: this is what is right and this is what our client deserves,’ says Sam.

Eventually, the police had to resort to examining the driver’s car forensically. They undertook DNA tests of the airbag, which confirmed that his face had been in contact with the airbag, and that he was in fact the driver of the vehicle at the time of the accident.

The long road to compensation

The driver was convicted of causing serious injury by dangerous driving. He was also given a prison sentence of four years.

Because of her life-changing injuries, and without an extensive support network in the UK, Ms G and her family decided to move back to their native Poland. ‘Their life really was turned upside down by the accident’, says Sam.

Ms G received £325,000 in compensation; a sum which went a considerable way in helping the family start to rebuild their lives.

If you have had a road traffic accident which has left you with a life-changing injury, no matter how complicated your case may seem, contact Sam Seaford, in our Personal Injury team on 01908 689348 or email sseaford@geoffreyleaver.com. 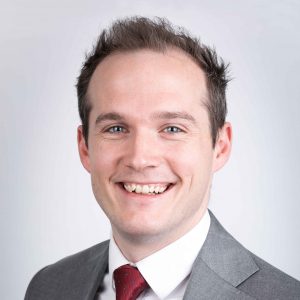 What to do if you receive an adverse possession claim

Our solicitors outline the rules on adverse possession and the grounds on which such a claim may be defended.

Receiving an employment tribunal claim: what to do next

Our employment law solicitors outline the start of the process, preparing the defence, and keeping down legal costs.

Our litigators provide advice on tackling interim, terminal and final dilapidations claims and complying with the dilapidations pre-action protocol

Risks and rewards with a personal guarantee

Intestacy lessons from the rich and famous

Our wills and probate solicitors consider some of the pitfalls of intestacy and explain the benefits of ensuring you leave a will.