Can I halt court proceedings against my business, if no attempt made to resolve matters outside court first?

Where a dispute arises in business, it is always preferable if it can be resolved without the need to go to court. That is why an increasing number of commercial contracts include an alternative dispute resolution process that must be followed before court proceedings can be instigated and which the parties to the contract are expected to obey.

But what happens where an alternative dispute resolution clause is ignored and your business is sued without the agreed process having been used? Is there anything you can do to force compliance or to bring a halt to the proceedings which have been issued?

As Trevor Coward, Commercial Dispute Resolution Partner explains, ‘The answer depends on what the contract says and whether the alternative dispute resolution process prescribed is clear enough to be followed’.

Wherever possible, the court will seek to ensure that an alternative dispute resolution clause is upheld and that an application to pause proceedings brought in breach of such a provision is granted. This is because the courts recognise the desirability of holding commercial parties to the terms of the deals they have struck and the public interest in keeping disputes out of the court to relieve pressure on resources. However, there are certain criteria that need to be met in order for an alternative dispute resolution provision to be enforced.

The circumstances in which alternative dispute resolution clauses will generally be upheld were neatly stated in the case of Ohpen Operations UK Ltd v Invesco Fund Managers Ltd, which concerned a dispute about the validity of a termination notice served by Invesco to end a contract under which Ohpen had been commissioned to design, implement, maintain and develop a new online investment trading platform.

In the contract, it had been agreed that before taking a dispute to court the parties were obliged to try to resolve matters between themselves first and to then refer the matter to mediation facilitated by the Centre for Effective Dispute Resolution.

In breach of the agreement, Ohpen attended one face-to-face meeting with Invesco and then moved straight to issuing court proceedings when this failed to yield a settlement.

Ruling that Ohpen should have followed the tiered dispute resolution process that had been agreed, the court confirmed that contractual provisions designed to keep disputes away from the court will usually be upheld and a pause in proceedings will be ordered, where:

Mr Coward said – ‘It has long been the case that the court will halt proceedings if an arbitration clause has not been followed, and it is good to see the court will do so in respect of Mediation also.’

Alternative dispute resolution clauses that may be problematic

For an alternative dispute resolution clause to be enforceable, it needs to oblige the parties to follow a process which is sufficiently clear that a court can determine, with relative ease, whether or not the process has been complied with.

Thus, a clause which requires the parties to submit their dispute to mediation adopting clear rules before court proceedings can be issued is likely to be upheld given the ease with which the court would be able to ascertain whether this obligation has been met.

This contrasts with a clause requiring the parties to use their best endeavours to resolve a dispute through good faith negotiations, which would almost certainly be unenforceable given the obvious difficulty the court would encounter in determining whether negotiations between the parties had been approached in such a way as to meet this obligation.

In view of this, the message for businesses faced with court proceedings issued in breach of an alternative dispute resolution clause is to:

Where your application is successful (or the terms of your contract so provide), a request that your opponent cover your legal costs can also be made.

What if alternative dispute resolution fails?

If using the alternative dispute resolution process you have agreed to follow fails to result in a settlement, it will be open to you or your opponent to apply to the court to have the stay lifted and for the proceedings to then continue until such time as a settlement is agreed or the matter goes before a judge at trial for a formal determination.

If you require help halting court proceedings brought in breach of an alternative dispute resolution clause, please contact Trevor Coward on 01908 689311 or tcoward@geoffreyleaver.com. 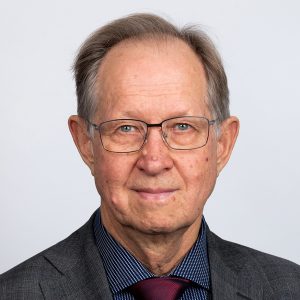 Can I halt court proceedings against my business, if no attempt made to resolve matters outside court first?

Trevor Coward explains how to halt court proceedings brought in breach of a prior contractual agreement to try to resolve disputes via alternative means.

Refresher on family-friendly rights and the implications of Covid-19

Considering selling a business? Make sure you clear out any skeletons first

Common probate mistakes and how to avoid them

Dagmara Kulczykowska explains the most common mistakes made by executors and how to avoid them.