Challenging a dubious will where you suspect coercion

We all have the right to leave our money and property to whoever we please when we die, but the decisions we make must be arrived at freely and without undue influence from family, friends or others who hope to secure an inheritance.

Unfortunately, with elder abuse and oppression of the vulnerable on the rise, there are hundreds of cases every year where people are coerced into writing a will that does not reflect their wishes. Usually, they have been persuaded by someone they know and trust.

‘After they die, this can lead to a dispute between those who suspect their loved one has been coerced and those alleged to have taken unfair advantage,’ says Jim McGarrity, wills and probate dispute solicitor . ‘The problem is particularly acute among terminally ill and elderly people and also, more recently, among those who have found themselves cut off from their usual support networks.’

Where undue influence is suspected, it may be possible for you to challenge the validity of the will. If the challenge succeeds the deceased’s estate will be administered under the terms of the prior will or the rules of intestacy. In other situations the dispute can be compromised by all the interested parties agreeing a deed of variation to avoid the expense and uncertainty of a court dispute.

Mounting a challenge requires prompt action and advice from a lawyer who understands the grounds on which a claim of undue influence can be brought, together with any other legal options that may be available to you given the specific facts of your case.

Circumstances that may arouse suspicion

There are a variety of circumstances that might suggest that your loved one has been pressured into writing a will that does not reflect what they wanted. These include where:

To establish that undue influence has occurred, it will be necessary for you to show that the terms of your loved one’s will are so far removed from what was reasonably expected that there can be no tenable explanation other than that undue influence was exerted.
This is a high hurdle to overcome and requires you to prove not just that your loved one was persuaded to write their will in a certain way, but rather that they were positively compelled to do so through coercion which they were powerless to resist.

This may be difficult, given that most undue influence takes place behind closed doors and without an obvious evidence trail having been created. Your lawyer will be alive to this fact and to the subtle signs that suggest undue influence may have been at play.

Your lawyer can also assess whether the facts of your case lend themselves to the will being attacked on some other legal basis, such as your loved one lacking the mental capacity needed to understand what they were doing when the will was made.

In assessing whether undue influence has occurred, regard will be had to a range of matters which are primarily geared at determining the ease with which your loved one could have been manipulated and therefore had their wishes overborne.

Among the most important considerations will be their physical and mental health at the time the will was prepared, along with the degree of reliance that they had on others to ensure they were well cared for and that their day-to-day needs could be met.
Generally, the frailer and more dependent your loved one can be shown to have been on the person alleged to have coerced them, the more likely it is that a claim for undue influence will be possible.

If you suspect that your loved one has been coerced into writing a will that does not reflect their true wishes, then it is important that you seek legal advice straight away and ideally before any steps are taken to begin to distribute the estate.

Where no application has yet been made for a grant of probate to be issued, it may be possible for your lawyer to lodge a caveat with the Probate Registry to stop any powers being exercised under the terms of the will until the issue of its validity has been resolved.

Where probate has already been granted, your lawyer will immediately move to contact the executors of your loved one’s estate to put them and any other beneficiaries on notice that a possible challenge to the will is being considered and will need to be addressed before the affairs of your loved one can formally be dealt with.

Where a house or other property is involved, your lawyer may also seek to negotiate an agreement which prevents anything being disposed of pending the dispute being resolved. They may elect to support this with the registration of a caution or restriction at HM Land Registry where they consider your claim to have reasonable prospects of success.

Will any potential dispute need to go to court?

While taking a claim to court is certainly an option, in the vast majority of cases it is a step that can be avoided as many disputes which concern a will can be resolved by alternative means. This includes lawyer-supported negotiation or mediation led by an independent third party who is specifically trained to help broker an agreeable out-of-court settlement.

In those cases which do end up before a judge, there is a structured process to ensure that your claim is properly scrutinized. This provides plenty of further opportunities for an amicable resolution to be achieved and to avoid a formal trial.

The amount of time you have to bring a claim will vary depending on the grounds for challenge that you are advised to rely on. In some cases, you may have as little as six months from the date on which the grant of probate was issued while in others you may have several years. For this reason, it is important that legal advice is sought promptly and preferably as soon as you become aware that something may be amiss.

For further information, please contact Jim McGarrity on 01908 689331 or via email at jmcgarrity@geoffreyleaver.com. 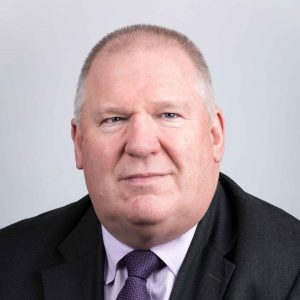 Categories: Private Client Services
Previous Next
Back
We use cookies on our website to give you the most relevant experience by remembering your preferences and repeat visits. By clicking “Accept All”, you consent to the use of ALL the cookies. However, you may visit "Cookie Settings" to provide a controlled consent.
Cookie Settings Reject All Accept All
Manage consent