In the case of Pazur v Lexington Catering Services (UKEAT/0018/19) the Employment Appeal Tribunal has held that an employee must expressly communicate a refusal to comply with a requirement to work in contravention of the Working Time Regulations in order to succeed in a claim for detriment and automatic unfair dismissal.

The claimant was a Kitchen Porter employed by Lexington Catering Services (LCS) to work for various clients. The claimant had refused to return to work for one client because of the poor working conditions. He was then sent him to work for another client for an 8 hour shift starting at 2pm and finishing at 10.30pm with a 30 minute contractual rest break. He worked the whole shift and had not been allowed to take his 30 minute rest break. He therefore left at 10pm rather than work until 10:30pm. He reported this to his manager and explained that he had done this because he had not been allowed a rest break or given a meal. He also objected to the pressure that the Head Chef had been put on him to work longer. He was subsequently asked to work there again but he refused and said that it was because he was concerned about not having a rest break and being pressured to work longer. His manager told him that either he had to work there or he would have no job. He said he would rather have no job. He was given no further work and was sent his P45.

Under the Working Time Regulations (WTR) a worker is entitled to a rest break of no less than 20 minutes if they are required to work for more than 6 hours a day. In this case the Claimant was also contractually entitled to a rest break of 30 minutes. A worker is protected by the Employment Rights Act 1996 for being subjected to a detriment or dismissed (if this is the principal reason) if they refuse to comply with a requirement that would be in contravention of the WTR or refuse to forego a right conferred on them by the WTR.

The Claimant lodged a claim at the Employment Tribunal and claimed:

Decision of the Employment Tribunal

The Tribunal held that there was insufficient evidence as to why the claimant refused to go to work so dismissed the detriment and the automatic unfair dismissal claims. However it did find that the claimant had been wrongfully dismissed because he had refused to go back to the client because he had been refused a rest break and the relationship with the Head Chef had broken down.

The claimant appealed the decision.

The EAT allowed the claimant’s appeal. It held that following the decision in (1) Ajayi (2) Ogeleyinbo v Aitch Care Homes (London) (UKEAT/0464/11/JOJ) there has to have been an explicit communication of the claimant’s refusal (or proposal to refuse) to comply with the employer’s requirement (ie there must be a ‘refusal’ rather than just non-compliance). It also said there was no requirement for the employee to state precisely which provision of the Working Time Regulations is in issue they only need to show that they refused to comply with their employer’s requirement that would, as a matter of fact, contravene the WTR.

It therefore found that the tribunal had erred in being inconsistent in finding that there was sufficient evidence to determine the claimant’s reason in the wrongful dismissal claim but then to find that there insufficient evidence to determine the claimant’s reason to refuse to work for the purposes of the detriment and automatic unfair dismissal claims. It determined that there could only be one answer to the detriment claim, that is that the claimant’s refusal to return to work in breach of the WTR had materially influenced LCS’s threat to dismiss him. Therefore it set aside the Tribunal’s decision and the detriment claim was upheld. However, the automatic unfair dismissal claim was not so straightforward as the claimant had to show that ‘the reason or principal reason’ for dismissal was because of his refusal but it was accepted that there was more than one possible answer as the claimant had also said he had a difficult relationship with the Head Chef, so this was remitted back to the Tribunal.

In order for an employee/worker to be protected, the refusal or proposed refusal by the employee to work in contravention of the WTR must be explicitly communicated to the employer, it cannot be implicit from the employee’s behaviour.

This case serves as reminder to employers to ensure that measures are in place to ensure employees/workers are allowed to take their statutory and contractual rest breaks. In this case LCS complied with its legal obligation by giving the worker the contractual right to a 30 minute rest break but in practice the Head Chef did not allow the worker to exercise this right, nor was it supported by the manager, so LCS was liable.

If you would like to speak to one of our Employment lawyers call 01908 692769 or email pstuart@geoffreyleaver.com 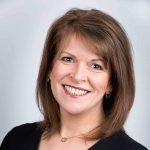 An employee must expressly communicate a refusal to comply with a requirement to work in contravention of the Working Time Regulations in order to succeed in a claim for detriment and automatic unfair dismissal.

Geoffrey Leaver Solicitors are proud to support the Milton Keynes Rowing Club boat house project and sponsorship of the Women’s Eight who secured gold at this year’s Henley Masters Regatta.  Darren Millis, Commercial Property Partner was shown round the new boat house to see all the new improvements, which the club has worked incredibly hard…