In replies to pre-contract enquiries prior to entering into a lease, the landlords stated that they had not been notified of any actual, potential or alleged breaches of environmental law or any other environmental problems relating to the property but “the Buyer must satisfy itself”. Whilst this reply was correct at the time it was given, it was not correct by the time of completion, as the landlords had received a report indicating a small presence of asbestos in the property and an email from a specialist firm advising of a health and safety risk from asbestos.

The tenant claimed damages for misrepresentation from the landlords representing the cost of remedial works and alternative accommodation in the meantime. The Landlord looked to rely on the Non- reliance clause contained within the Lease to exclude their liability.

The judge found that the tenant had entered into the lease on the basis of the landlord’s misrepresentation that there were no problems with asbestos at the premises. He also concluded that cl.5.8 (Non- reliance clause) was an attempt to exclude liability for misrepresentation, but it did not satisfy the test of reasonableness under the Unfair Contract Terms Act 1977 s.11 (1). He rejected the landlord’s argument that their liability was limited to the extent of the trust’s assets. This was subsequently appealed by the Landlord.

Appeal dismissed
Parties could bind themselves by contract to accept a particular state of affairs even if they knew the statement of affairs was untrue otherwise known as contractual estoppel. Contractual estoppel requires no proof of reliance other than entry into the contract itself. However the position at common law was not the end of the enquiry as it is necessary to consider whether there is a statute to the contrary.

Whether a contract term excluded liability for breach, or merely showed that no relevant contractual obligation had been undertaken, was a question of construction of the contract. However, there was no good reason to interpret s.3 of the Misrepresentation Act 1967 in a way which omitted the latter type of term from its scope.

If cl.5.8 governed the landlord’s liability, the important function of replies to enquiries before contract became worthless. Although there might be a case where, on exceptional facts, a clause precluding reliance on replies to enquiries before contract might satisfy the test of reasonableness, even where those replies were in fact relied on, it was very hard to imagine what those facts might be

What is deemed to be reasonable will, of course, depend on the circumstances and, because of the particular importance of pre-contract enquiries in the field of conveyancing, the same conclusion might not be reached in other contexts.

The case identifies the importance of keeping replies to pre-contract enquires under review until completion and notifying the other side of any changes between the date the replies are drafted and the date of completion.

We have the knowledge and experience to resolve even the most complicated property matters if you need further advice from our Commercial Property team contact Michael Harrigan on 01908 692769 or email mharrigan@geoffreyleaver.com 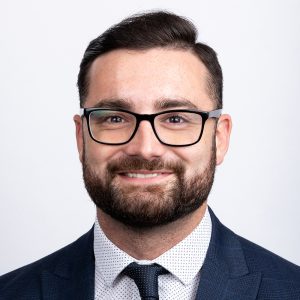 This case identifies the importance of keeping replies to pre-contract enquiries under review until completion and notifying the other side of changes.

Landlords looking to reject the renewal of a commercial tenancy with a view to carrying out works?

Commercial Landlords looking to reject an application for statutory tenancy must have a genuine intention to carry the works suggested.