The case of MT Højgaard v E.ON Climate & Renewables UK Robin Rigg East Ltd [2017] UKSC 59 highlights the risks contained in a design and build contract with a fitness for purpose clause and that even where reasonable skill and care are exercised a party may still be liable for breach of contract. Richard Millard, Construction & Dispute Resolution Partner, explains more.

The contract involved a design and build contract for the construction of wind farms. The foundations failed and an issue arose as to who should pay for the cost of remedial work in circumstances where the contractor followed the standards set by the employer.

The issue was the tension between a fitness for purpose obligation and an obligation to take reasonable skill and care. It had been held that the specification required that the design of the foundations was to ensure a lifetime of 20 years. The contractor had, however, non-negligently designed and constructed in accordance with a particular standard properly identified as the relevant one within the contract documents, but an error in the formula in the document produced by the employer meant that the foundations did not have a lifetime of 20 years. The contractor’s defence that they had exercised reasonable skill and care in following the standard which they were required to follow failed.

The Court approved the following statement:

‘The general rule is that defects caused by an owner’s specification are not the responsibility of the contractor, unless the contractor expressly guarantees that the construction would be fit for the specific purpose, or a warranty can be implied by the owner’s actual reliance on the contractor’s skill and judgment.’

The UK Supreme Court held that the technical requirements should be given their ordinary meaning and the ‘fit for purpose’ provisions took priority, stating that:

‘Generally the express obligation to construct a work capable of carrying out the duty in question overrides the obligation to comply with the plans and specifications, and the contractor will be liable for the failure of the work notwithstanding that it is carried out in accordance with the plans and specification. Nor will he be entitled to extra payment for amending the work so that it will perform the stipulated duty.’

The Court summarised the law as being:

“While each case must turn on its own facts, … the courts are generally inclined to give full effect to the requirement that the item as produced complies with the prescribed criteria, on the basis that, even if the customer or employer has specified or approved the design, it is the contractor who can be expected to take the risk if he agreed to work to a design which would render the item incapable of meeting the criteria to which he has agreed”.

Why is this case important?

The Supreme Court’s decision confirms the English courts’ approach to reconciling provisions which require the contractors to not only comply with particular specifications but also achieve a particular result. Generally, the courts will be even more inclined to give full effect to the requirement to achieve a particular result. The position that the contractor’s design must fulfil an express purpose even if it is not in breach of other design procedures is now very clear.

However, the decision turns on the interpretation of the particular provisions of the contract. As a result, from a contractor’s point of view it would be prudent to include a contractual provision along the lines that nothing in any technical contractual document shall impose a design obligation greater than the standard of reasonable skill and care. If such a provision cannot be agreed, the contractor knows that it is taking a risk relying on the employer’s technical requirements should it decide not to verify the accuracy of the information or designs provided.

If you would like further advice contact Richard Millard, Construction & Dispute Resolution Partner on 01908 689382 or email rmillard@geoffreyleaver.com 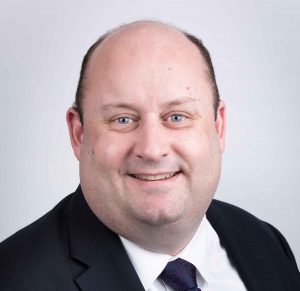