Recently I attended a conference of the Brain Injury Group which discussed the main mistakes in running brain injury cases and I would like to share with you a case that I took over from another firm of solicitors for a client called “AB”.

“AB” suffered a brain injury in an accident. The main difficulty was whether he had capacity to manage his personal finances. AB’s expert said that he did not but that the situation should be kept under review. Unfortunately AB became the victim of an African computer fraud scan and lost over £170,000. He was taking holdalls of cash out of the country. He did not think that he was the victim of a scam even when the police became involved. He had difficulty in recognising the problem. His decision making was inflexible and he could not weigh up matters in order to make reasonable decisions.

The Defendants offered to pay £50,000 towards this scam loss but blamed his solicitor’s negligence in failing to protect him against the scam. His solicitors also failed to include the costs of a Professional Deputy in the settlement.

The Judge failed to approve the settlement on the basis that there was a conflict of interest between the claimant and his solicitors.

AB then came to me and I reopened the settlement negotiations and negotiated over another £100,000 for future professional fees.

Having settled the first claim I brought a second claim for professional negligence against the original solicitors on the basis that having being told that AB was the victim of a scam by his family, they did not give him any meaningful advice to protect him or advise him of his options, such as a Power of Attorney or an emergency application for a Deputy. They did not go back to the expert and ask for further advice when it became apparent that AB was losing so much money.

I am pleased that the Court approved a negotiated settlement and AB received compensation from his previous solicitors towards his scam losses.

The lesson to be learnt from this is that when a red warning flag is raised by the family about financial losses, steps should be taken to meet with the client and ensure he is advised of his options to protect him, and if necessary, have him re-examined by the expert. The mistake was that this was not done and it had serious consequences.

If you require any advice on any personal injury matter, please contact Anne Maguire on amaguire@geoffreyleaver.com or on 01908 689365. 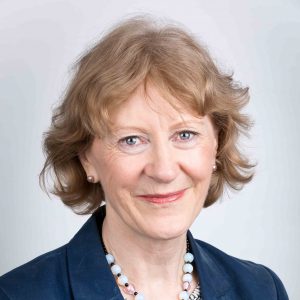